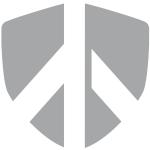 After graduating from the Technical University of Munich in 2001 with a PhD in Aerospace Engineering, Andreas started to work for MTU Aero Engines in Munich. Here, he initially became a System Engineer and Project Manager for More Electric Engine activities before moving to the control system business in 2008. In this area, his main tasks were to manage the controls system activities of MTU for different engine applications, including the large-scale development of the TP400 engine control and monitoring system, where he acted as Chief Controls Engineer.
When AES was founded in 2013, Andreas joined the new company as Program Director, then worked one year as "Chef de Programme" for Safran Electronics & Defense in Paris, before returning to AES in 2016 as Director Program & Sales and CEO since September 2020.

DIRECTOR QUALITY, HR AND IT

After completing his PhD thesis at the Technical University of Munich in 1988, Axel was responsible for a space project in cooperation with the Japanese Space Agency. In 1991 he joined BMW Rolls-Royce as a control system engineer working on the FADEC system for a new generation of business jet engines. He worked at BMW Rolls-Royce (now Rolls-Royce Deutschland) until 1998, serving as Control Systems team leader, Engine Externals Department manager and finally as Chief Installations Engineer. In 1998, he joined MTU Aero Engines first as the manager of the Engineering IT Department and then from 2008 onwards he led the Control Systems Hardware Department. At AES he managed Hardware Development, then Business Development and is now responsible for Quality, HR and IT.

Markus studied solid state physics at the University of Augsburg and at Michigan State University. He obtained his PhD in 2007 for his research in metal-insulator phase transitions, which was conducted in collaboration with several international research groups in the US, UK, Italy, Switzerland, and Japan. After that, he joined MTU Aero Engines in Munich and worked as SW developer for the TP400 controls and monitoring system. In 2010, Markus was nominated as project manager for the TP400 controls and monitoring SW. When AES was founded in 2013, he took over the SW Methods department. Following an organizational restructuring, he was nominated as head of the SW Development department in 2014, and switched to leading the HW department in November 2017. In October 2018 Markus became Director Engineering at AES.

Christine started her career as Financial Analyst for Sun Microsystems France in 1993. After supporting business functions for various European regions and working for six months as Asia Pacific Finance Manager in Singapore, in 2001 Christine took the position of EMEA Accounting & Finance Manager for the Real Estate and the Workplace. From 2006 to 2015, she worked for LaSalle Investment Management in Munich, managing accounting, finance, tax, audit and company secretary activities for the funds before being promoted to Associate Director in 2011. Before Christine took over as Head of Finance at AES Aerospace Embedded Solutions GmbH in October 2017, she was Head of the Department Controlling and Special Tasks at the European Patent Office in Munich for one year, providing strategic, operational and expert support for corporate services.

HEAD OF RESEARCH AND TECHNOLOGY

Thomas started his career in a small company in Garching developing Monitoring- and Diagnostic Systems for large gas turbines and pumps in nuclear power plants and providing customer services afterwards.

Benoit started his career in 2001 in the software development for engine control units in the automotive industry, first as developer, then project manager and team manager. In 2008, he used his experience to work as a CMMI consultant for two years in the insurance industry.

Thomas started as software developer and verification engineer for the engine control and monitoring system of the EJ200 engine of the Eurofighter. After an intermezzo in the development of the hydrogen tank controller for the BMW 7-series, he joined the TP400 project in 2003. Here Thomas was initially responsible for the system concept of the Engine Monitoring System. He then acted as Technical Lead for the software development and coordinated the establishment of software development and verification processes in compliance to RTCA/DO-178B. In September 2015 Thomas switched position to take over the team lead of the Quality Assurance / Certification team of AES.

Philippe studied electronics in France (Grenoble). He started his professional life in Safran Electronics and Defense (Sagem at that time) in France working as an electronic development engineer. He then held several positions such as hardware developer, hardware leader for various kinds of defense equipment, set up an FGPA/ASIC product line and managed a hardware and project/product team at the Safran Valence plant. From 2014, Philippe worked from France at Safran as Joint Venture Coordinator with AES. He joined AES, in January 2019, and today he is responsible for the Hardware Design Team and is also still in charge of the Joint Venture Coordination between AES and the Safran Electronic and Defense teams in France.

Our two shareholders, MTU Aero Engines AG and Safran Electronics & Defense, leaders in the market, are both great examples of excellence and effectiveness for our company. The lasting, strong and reliable business relationship we have built with them facilitates the communication across our interfaces and enables us to deliver customer tailored project results. Driven by similar values and goals, working closely together with our shareholders greatly contributes to the high quality of our work.

MTU Aero Engines is Germany's leading engine manufacturer and has been a key player in the global engine industry for 80 years. It engages in the development, manufacture, marketing and support of commercial and military aircraft engine modules and industrial gas turbines. The company is a technological leader in low-pressure turbines, high-pressure compressors, manufacturing processes  and repair techniques. Figuring significantly among MTU's core competencies are the maintenance, repair and overhaul (MRO) of commercial engines and the service support it provides for industrial gas turbines. These activities are combined under the roof of MTU Maintenance, which is one of the world’s largest providers of commercial engine MRO services. MTU operates affiliates around the globe; Munich is home to its corporate headquarters. In fiscal 2013, the company had a workforce of some 8,700 employees and posted consolidated sales of some 3.7 billion euros.

Safran Electronics & Defense, a high-tech company in the Safran group, holds global as well as european leadership positions in optronics, avionics, electronics and critical software for both civil and military markets. Safran Electronics & Defense is the No. 1 company in Europe and No. 3 worldwide for inertial navigation systems (INS) used in air, land and naval applications. It is also the world leader in helicopter flight controls and the European leader in optronics and tactical UAV systems. Operating across the globe through the Safran group, Safran Electronics & Defense and its subsidiaries employ 7000 people in Europe, Southeast Asia and North America and was known under the former name Sagem Defense Securite.

For a full collection of press releases and photos, go to www.safran-electronics-defense.com